The retouching of Dawn Richard 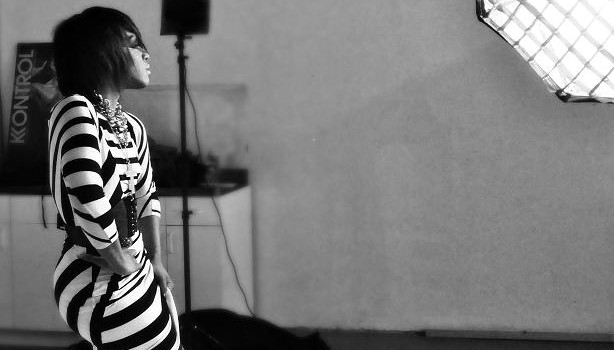 Processing the Final Image After You Capture It…

A few months back I had the opportunity to retouch the R&B singer Dawn Richard, who was gearing up for the next Annual Sexy Body Issue for Kontrol Magazine. For those of you who don’t know, her voice is nothing short of amazing. The images were great right out the camera. Dawn has this uncanny ability to channel her inner seductress. Normally when given an assignment there are boundaries I must stay within. I can then retouch the image within those parameters. In most cases with editorial stories they are either interpreted through lighting, the set, or wardrobe etc. 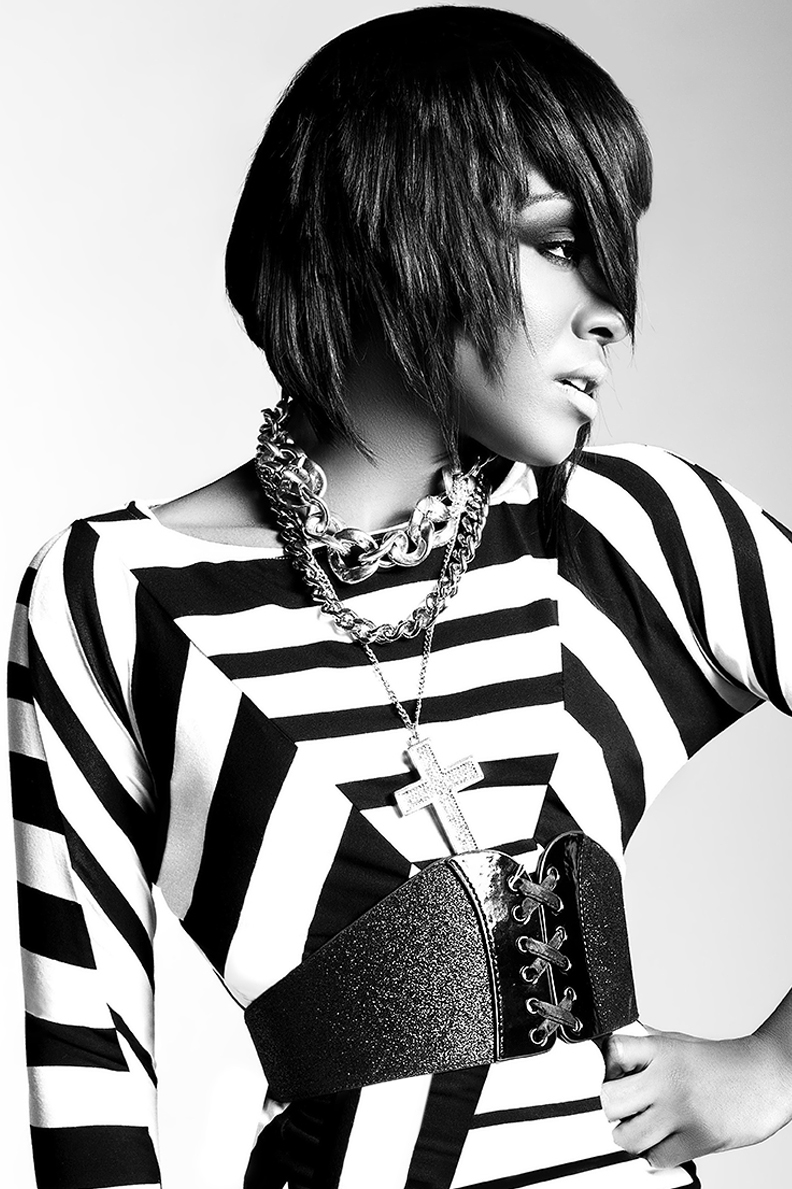 The latter can be ruled out for this shoot for this story since the set was just a roll of 6×9 grey background paper. So, the lighting was imperative for the story to evoke the feel of “sexy”. After an additional phone conversation with the photographer, I gathered a general  sense of the mood we were going for, and I then began to process his vision. It’s at this time you pay close attention to the art director or photographer etc. word choice that is used to describe the mood they’re attempting to capture. For example, if the words chosen were “clean with sort of a 70’s undertone,” it may help to do a quick Google search, and make a mental note of the things you see. This often times helps with deciding color tone and direction of the type of finish you want to use on an image. After the initial conversation from the photographer and art director the word “strong” seemed to be the general undertone of the discussion. So, I based my retouch around this specific theme. To induce this feeling of strong; clean lines, deep jawbone and heavy contrast was a must. 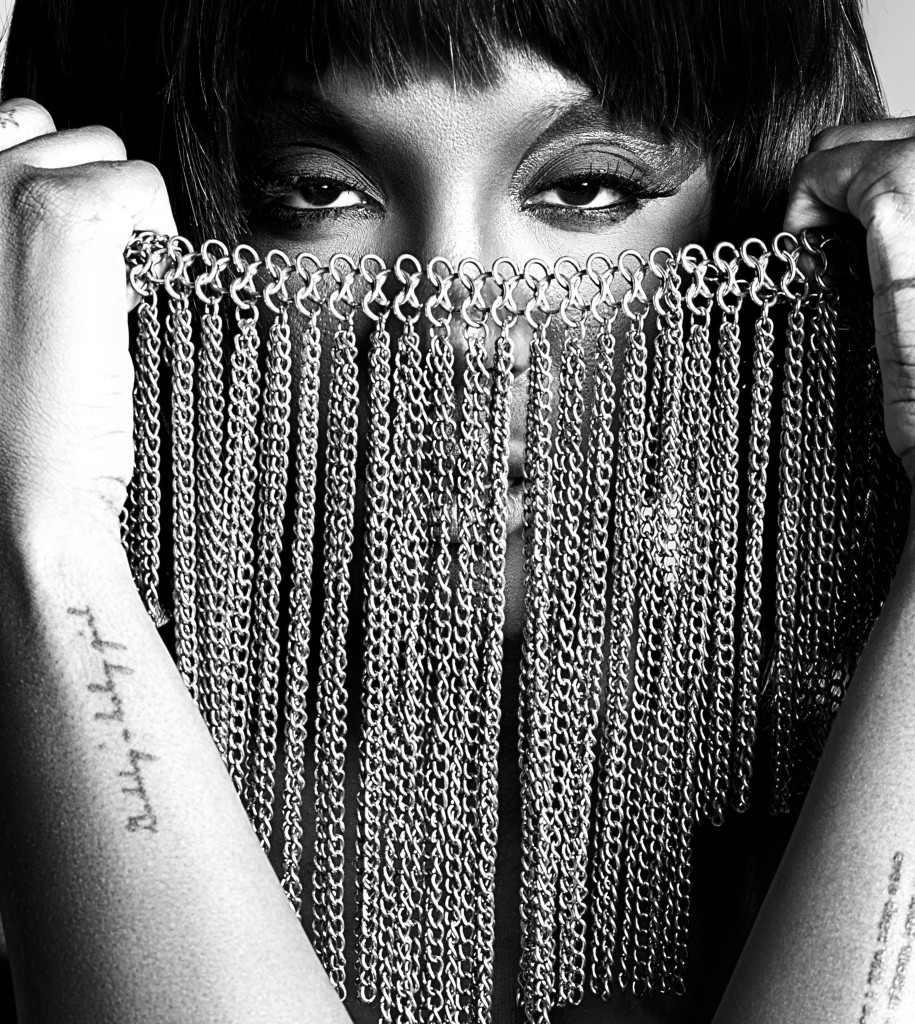 General skin and hair clean up is vital to any retouch. Just be sure to keep contours intact. With celebrity retouching, rule one is never change any features birthmarks, moles, or notable scars, unless asked otherwise. As a celebrity this is how the general public recognizes them on the daily. Dawn’s collarbone is one of her most alluring features; so, changing the intensity of light with the dodge tool was key with this type of lighting set up. The finishing tweaks applied were just really pushing the balance of light and dark to make the image contrast right before it reaches the point of looking crisp.

There’s a new “King” on the block in the world of web-based photo editing “Pixlr” It is being developed as part of Autodesk Research in the area of visualization. But don’t take my word for it check it out for your self

After the March 2011 earthquake and tsunami in Japan, Becci Manson and her volunteer colleagues cleaned and restored hundreds of damaged photos.

Becci Manson flew to Tōhoku, Japan after the 2011 disaster, determined to help with cleanup and rebuilding.

As she writes: “During those 3 weeks of digging ditches and gutting homes I discovered vast amounts of photos that had been found and handed into evacuation centers. The photos were dirty, wet and homeless. As I spent my first day hand-cleaning them, I couldnt help but think how easy it would be for me, my colleagues and my friends to fix some of them. So we did.”

She spent the next 6 months organizing a worldwide network of volunteer retouchers, restoring these photos and training local All Hands volunteer teams to hand-clean the photos handed in to local authorities. These teams have restored hundreds and hand-cleaned well over 100,000 photos.

Since the project in Tōhoku, Manson and her team has begun similar cleaning and retouching projects in Prattsville, NY after Hurricane Irene, and in Binghamton, NY after Tropical Storm Lee.

“For survivors like Reiko Yamada, the restored photos offer precious reminders of life before the disasters.”

How To Remove A Bra Tag From Your Image

Step 1. Open Photoshop and open the image you want to edit. Type “L” to open the Lasso Tool. Draw a marquee around bra tag.

Step 2. Type “M” to open the Marquee Tool. Using the tool, move the marquee to a spot of skin with same texture and color. (At this stage if you can’t find a perfect match you may have to tweak skins luminous and color with a curves adjustment layer clipped on top of this layer. 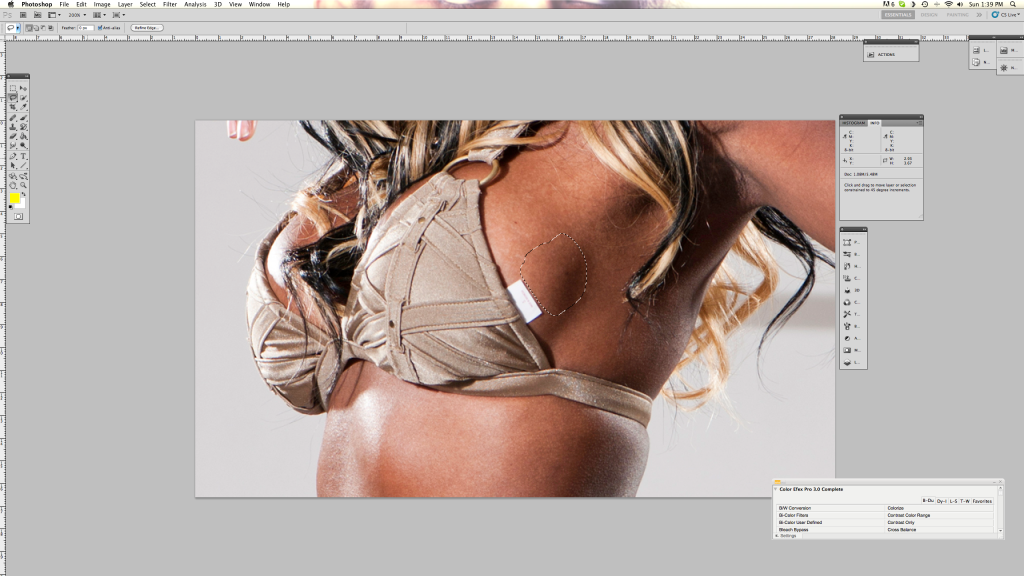 Step 3. Type “CTRL+C” to copy the area, and “CTRL-V” to paste the area. Now move/stretch the new-pasted piece of skin over top of the bra tag. (Keep in mind shadows)

Step 4. Type “P” to open Pen Tool. Using Pen tool trace the existing shadow. Make this a selection feather somewhere in the range of 1 to 3 px. Fill the selection with the same color of the existing shadow. This can be done with the eyedropper tool or by pressing alt while using the brush or fill tool. Once color is filled mask or erase any excess. 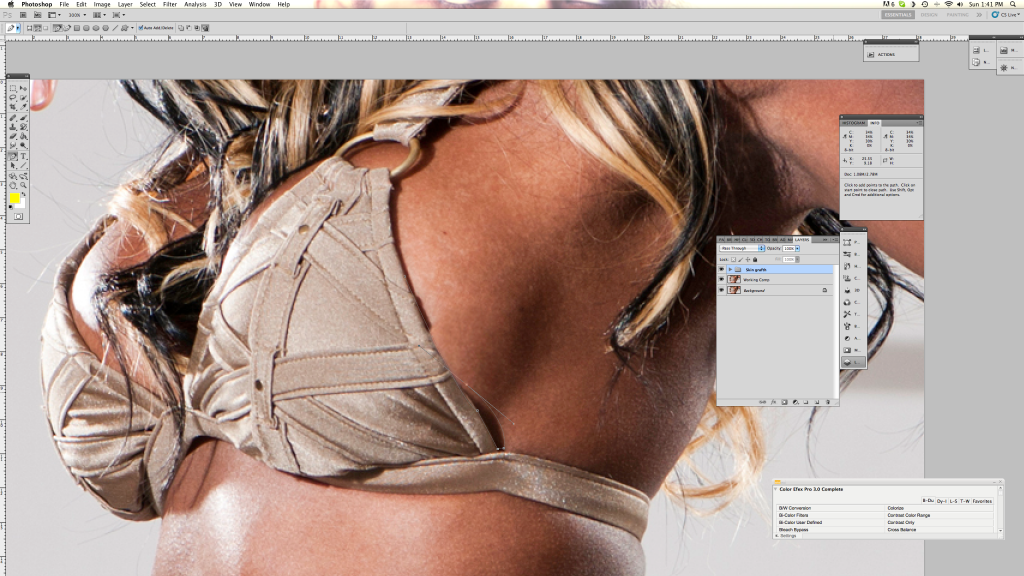 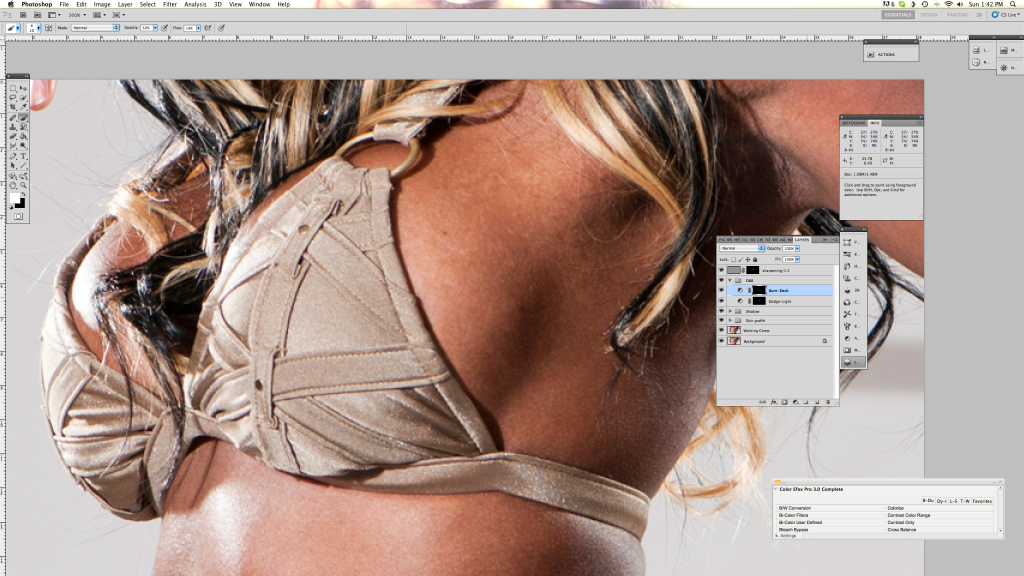 Step 6. Lightly sharpen pixel that where altered during the initial edit. (Any method of choice) In this exercise I choose to create a “stamp” which is a copy of all the visible layers merge together on one working layer. This is done but pressing together keys Shift+Ctrl+Atl +E. Once that’s done select filter-Other-Highpass and a radius in the range of 1-3 works great for this particular image 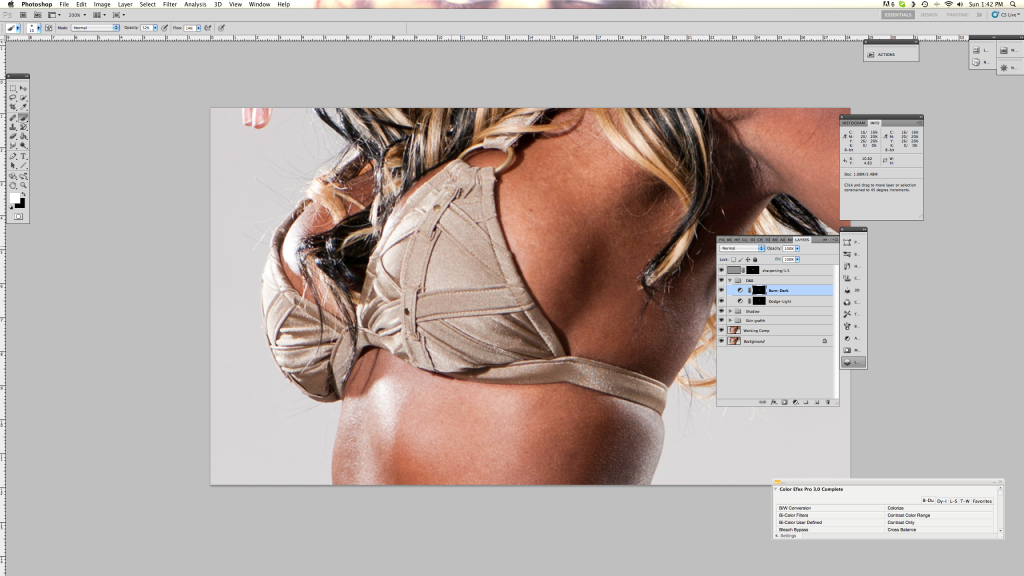 The Phoenix Issue 8 | The Innovation Issue

issue 8, “The Innovation Issue” hitting the shelves few days ago, I thought I’d share a sneaky preview to tantalise your PHOENIX buds and get your finger tips tingling in anticipation of flicking through our brand new glossy pages.

London very own Photography Catherine Harbour got behind the lens to shoot extraordinary beauty series  with model Emma Menteath, Post Production done by me. 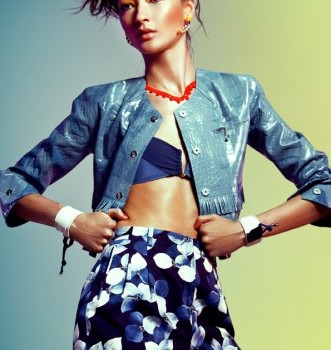 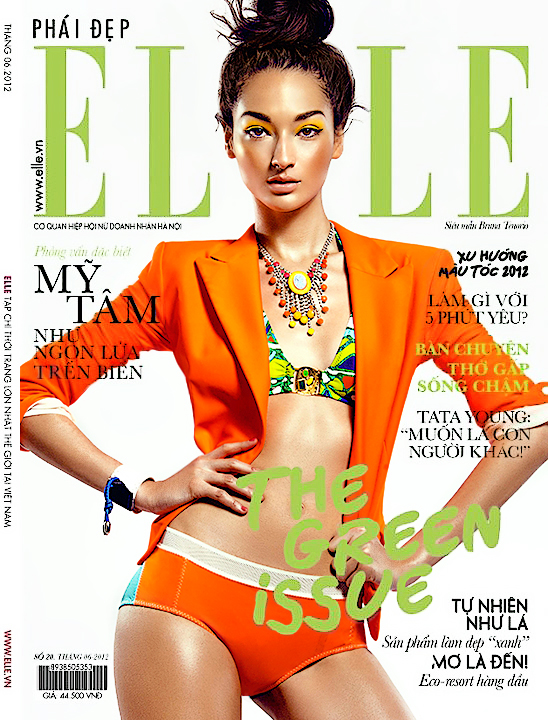 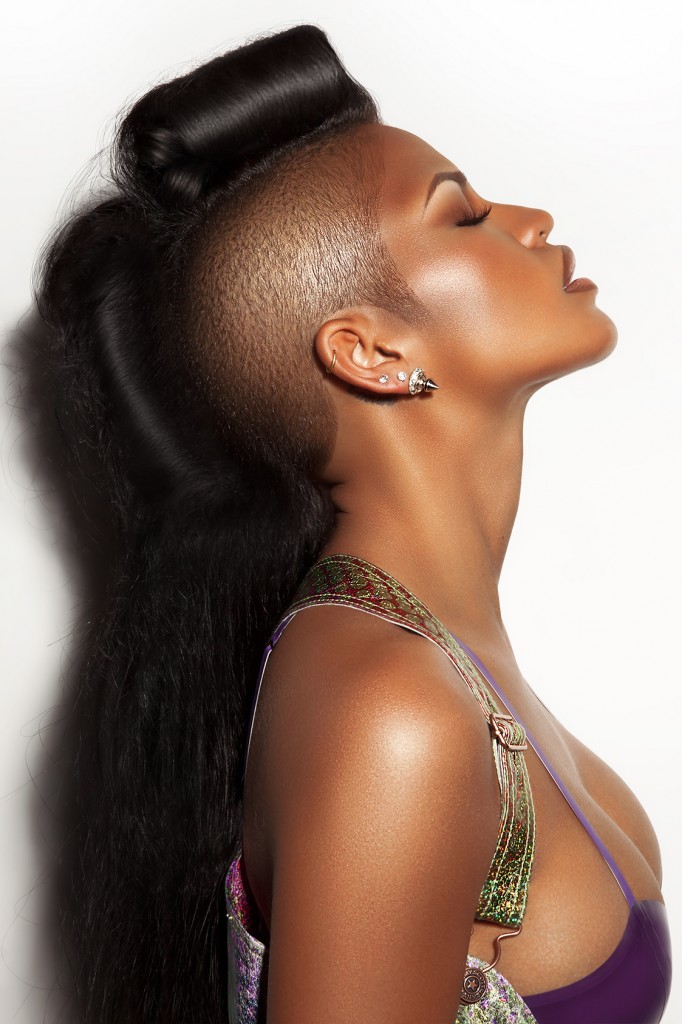 Lovecat Mag #5 “Return of the Bombshell / Summer of Sex” issue

I truly had loads of fun working on this series.